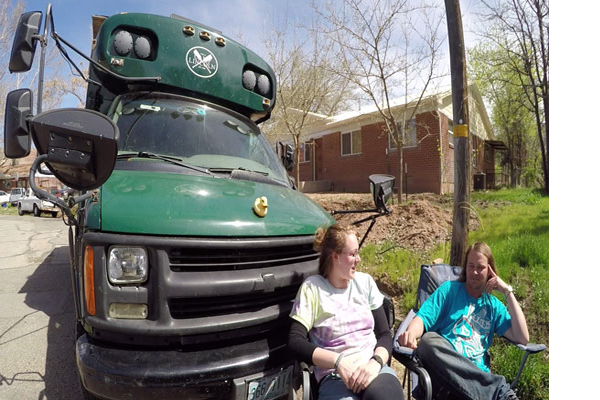 Young couple living in bus conversion pay for their lifestyle from Craigslist jobs.

Matt and Echo are exploring the US in a very untraditional way. They let go of most their material items including items that triggered memories. A hard but crucial thing to do when you plan to move into a small bus conversion and learn to not spend money you don't have.

They discovered that by living simple they had more freedom. When money was needed they searched Craigslist jobs to make a couple bucks here and there. Investing in  adventures was more satisfying and fulfilling than working for money to pay for things they didn't really need.

I had a chance to sit them down for an interview while we both happened to be in Moab, UT. Our mutual friend Nick who also has a converted school bus (interview on his bus conversion here) put us both in touch. It was intriguing to hear how they decided to go tiny and live within their means. Enjoy the tour and interview!