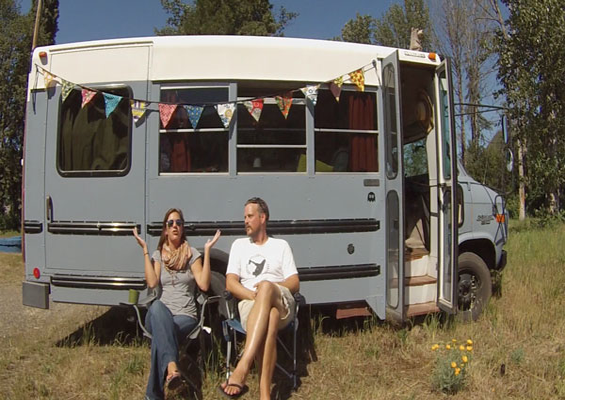 - Mark and Karin met in South Africa and when they decided to move back to the US they wanted something more than a stationary home. The bought and converted their bus for around $6,500 - $7k and now travel the US together. They've found the hardest and easiest part of bus life is being in someone's company 24/7 without a place to escape and have your own personal space. As Karin says in the interview, "...he's seen me poop. I've smelt his farts...".

Bus life with another person makes it that much more interesting and these two share some insight on what it's been like and how they've adapted from living out of backpacks to upgrading into a short school bus conversion.