Homeschooling On The Road - Why You Should Consider It

Parents pull kids from public school system and homeschool from the open road.

"Create memories with them instead of being away from them 8 hours a day."

Brandon and I have been parents for a little over 9 years now. We had our first child in 2008 when Brandon was still in college and working full time.  We were scared and worried 100% of the day. Always concerned that our kid wasn’t getting enough oxygen or nutrients from the food we were giving him.

After having two more children, things drastically changed! Our 3rd gets away with murder because she’s the baby. Our middle is active and constantly doing things to get attention. Our first son is brilliant and yet bossy. They all have their own personalities and we have learned to cultivate their strengths and try to ignore their shortcomings in hopes that they’ll outgrow them.

When Cayden (our oldest) started kindergarten he quickly was being punished for bouncing in his chair or making his classmates laugh.  They tested him within the first month of school and he scored 100% on his standardized tests. At that point his teacher realized he was bored out of his mind.  Thankfully he had a wonderful teacher who utilized his strengths and had him help other kids with their reading. Also she offered to send home extra homework to keep him challenged.

Quickly we found that extra work at home was not our favorite. After being at school for 8 hours the last thing we wanted to do was complete more worksheets in the 4 hours we had before bedtime.  We didn’t do it.  The teacher understood and openly stated “I’d rather families spend time together than worry about homework, but I’m required to send it home”. 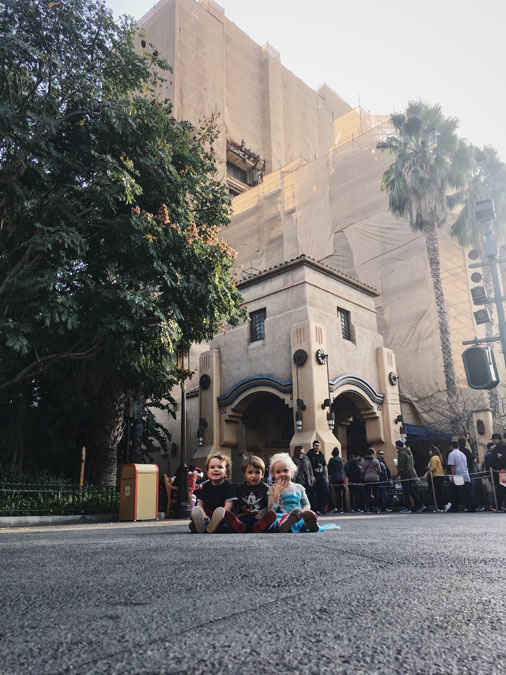 We slowly stopped caring what the district required of our kid and started enjoying life again.  We were absent 26 days in 4 months and late 12 times.  We travelled to Portland to see our dear friends in the middle of September and took a wonderful trip to Disneyland with our best friends in February. Missing school wasn’t something we worried about.  We were more concerned with spending time experiencing life everyday rather than living for the weekend. 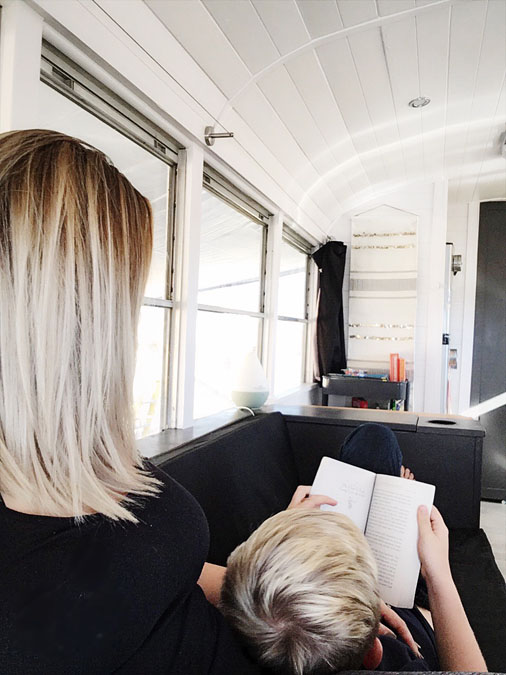 Teaching my kids to read is one of the most rewarding things I’ve ever done. When it finally clicks for them I am assured that I’m doing what I’m called to do. It takes a lot of work on both of our parts. 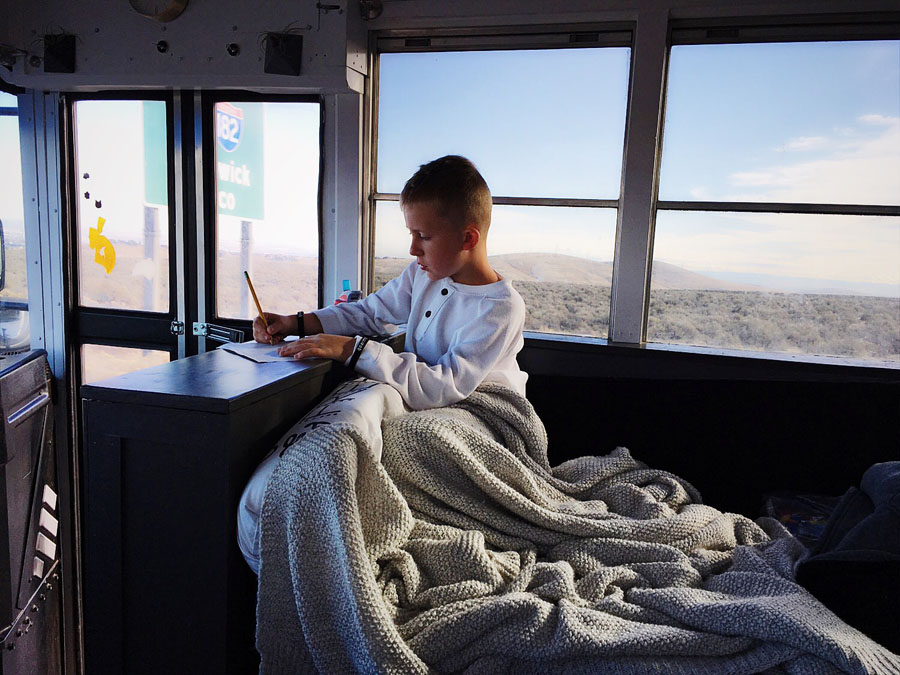 This is Cayden taking drawing the Columbus River as we passed over it on our way up to Seattle.

Brandon has worked a remote job since before he graduated college allowing for a lot of freedom and travel.  School wasn’t going to take that from us.  Slowly but surely we realized that homeschooling was going to be out best option.

We could allow Cayden to read at a 4th grade reading level while helping him with his struggling spelling skills. We could spend more time on Math and typing instead of teaching cursive.  Public school doesn’t allow for that flexibility.  The requirements are harsh on teachers and hold these wonderful people back from their full potential because of rules. Don't get me wrong I’m not bashing public school but its harsh on teachers! They are expected to deliver so much and have so little help or time to help the kids they need to. 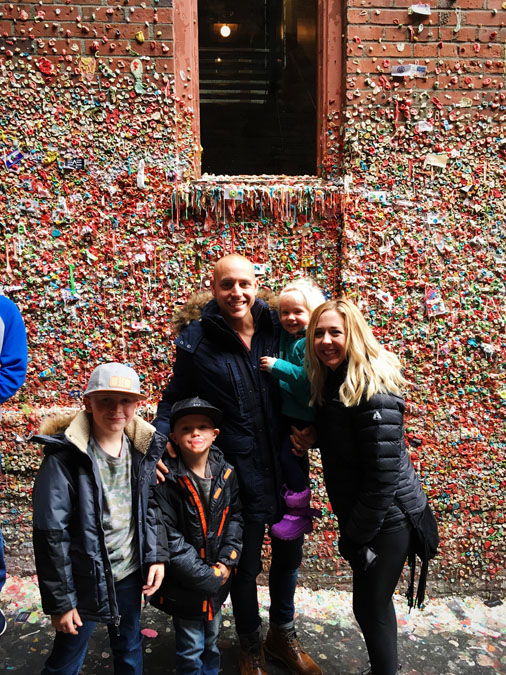 The Gum Wall in Seattle’s was a fun and disgusting experience. Reagan our youngest was upset she couldn’t eat all the gum off the wall. 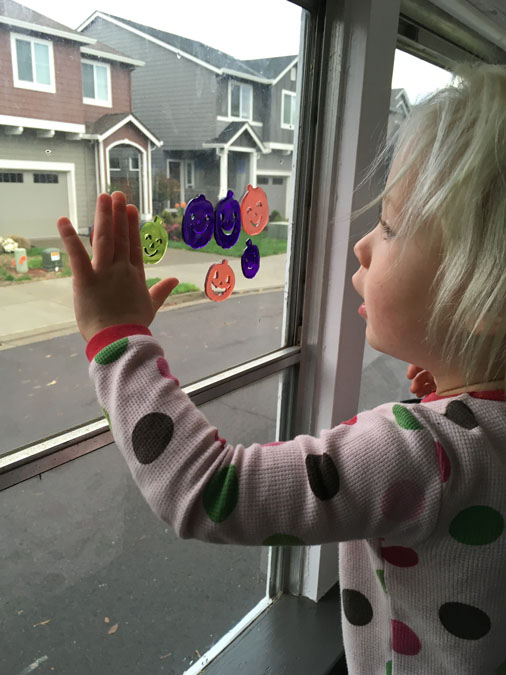 We always try to do a small craft for holidays. Even in a small space we try to keep traditions as a priority. This was taken in Hillsboro, Oregon. We later that night walked Main Street in Hillsboro for a fun trick or treating experience. This town was to friendly and amazing to our kids. All the restaurants and shops opened up to give kids candy. It was our absolute favorite city to go trick or treating in. 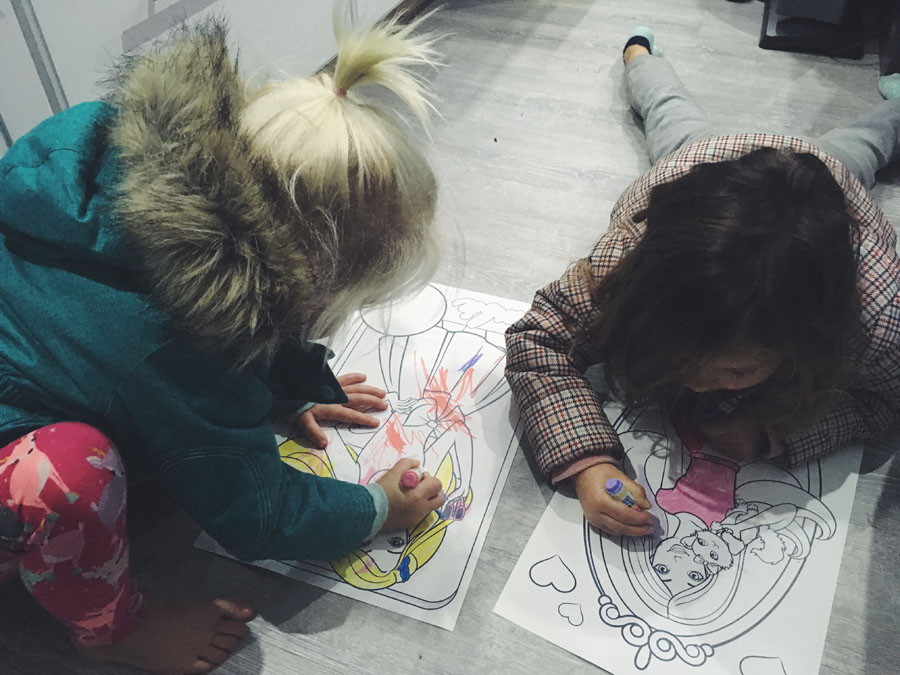 It’s hard sometimes to let the kids have a lot of friends over at once while living on a bus but we try to allow them to get time with their friends 1 on 1. This Reagan and her BF Marley coloring barbies on the floor of our bus in Seaside, Oregon. It was a rainy month while we were there. Forcing us to spend a lot of time inside.

As time went on we decided that traditional school wasn’t for us.  We realized slowly that a lot of traditional things weren’t for us.

I had a lot of wonderful friends and family who homeschooled and could help me with my journey as I started out.  Curriculum choices, groups to join, activities to put the kids in. I was blessed to have them helping me.

It took about 2 years to truly get the hang of it and by that time Jackson (our second son) was ready to start kindergarten. We went through many different curriculum books. Wasted hundreds of dollars finding what worked for us.

Curriculum has to work for the teacher as well as the pupil.   We would find a history curriculum that would have us baking pies and making teepees for three hours a day that the kids loved but it made it so mama never got alone time. Alone time is crucial for a mom, you go crazy without it…literally crazy, full mental crying break down. Momming is hard work! 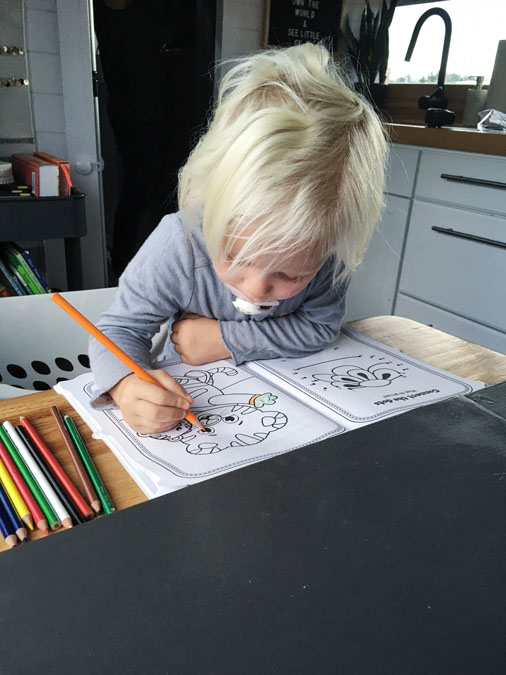 As a homeschool family we start “school time” at an early age. The earliest the kids get into a routine of doing school the better. This pic is of Reagan doing “school” at age 2 (15 minutes of practicing coloring, cutting, stamps etc) 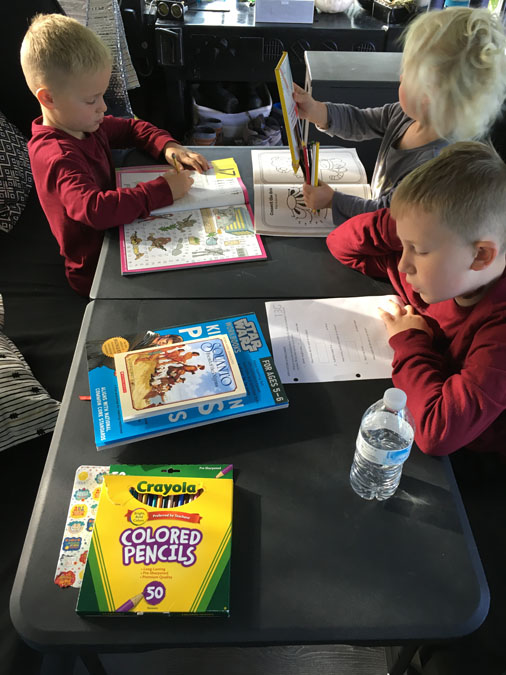 Typical road schooling session. We keep a folding table in the closet and set it up on the days we do school inside. 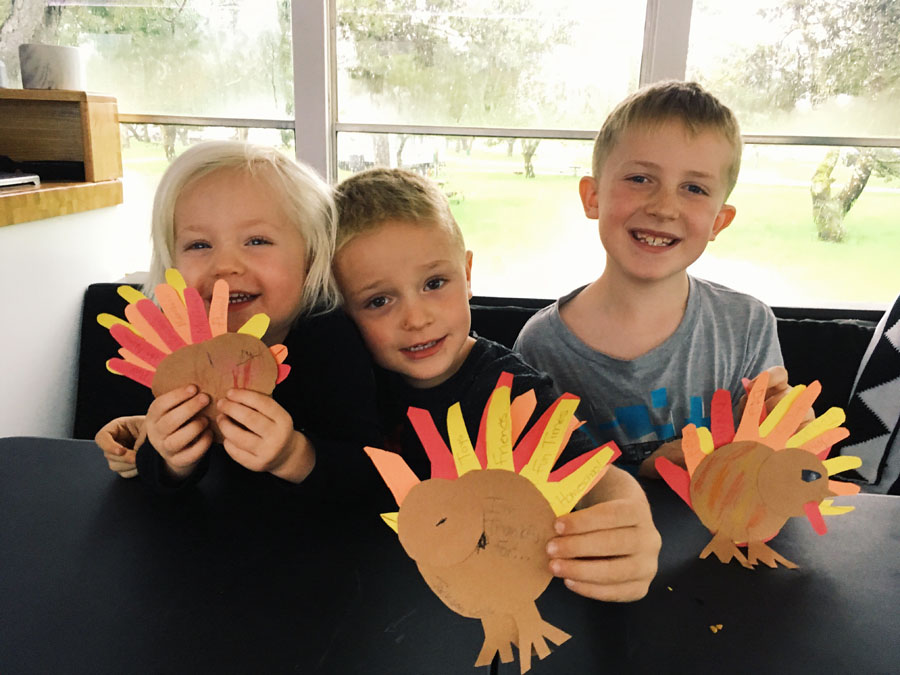 Typical thanksgiving craft. The kids love doing art together whether simple or super elaborate we try to do at least 1 craft day a week. 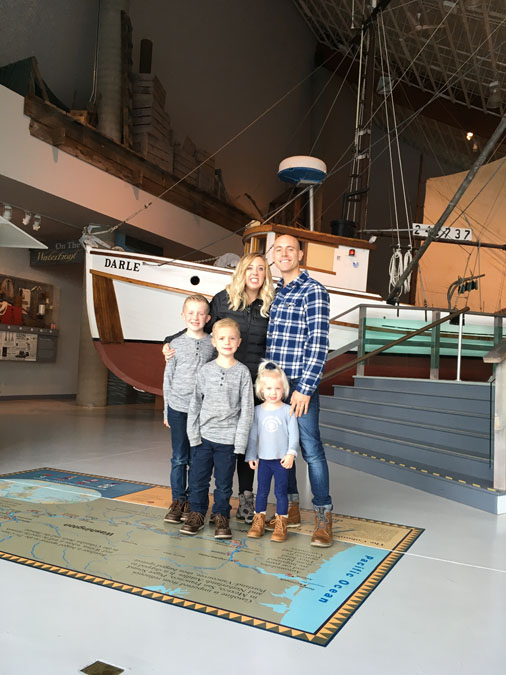 So after finding what worked best for Cayden I thought “well this will be easy” with Jackson. I was wrong. They are different kids, and learn in completely different ways.  Cayden was born in November so starting kindergarten he was 2 months from being six where Jackson was born at the end of June. He turned five only 1 month before kindergarten started for him.

I pushed him too hard. Wasted so much  time when Jack just wasn’t ready. He loves athletics, bike riding, and interactive learning.  Cayden loves building legos and doing art projects.  Worksheets were no problem for him but for Jack it was like pulling teeth.

I learned quickly that instead of giving Jack a worksheet we had a better day if I gave him bean bags that had numbers on them and vocally told him addition problems and he threw me the correct bean bag with the sum of the two numbers on it.

Once we bought the bus (February 2016) we started the conversion process in April 2016 just in time for summer break.  Over that summer we finished the bus conversion and got it ready for travel.  We took our first trip in late July and we hated having to move back into our 2000 sqft. house.  Come August we made the decision to move onto the bus full time and travel with our good friends (fellow bus dwellers the Miller’s).  We sold our house within 1 week of it being on the market, sold 85% of our belongings and moved onto the bus September 22, of 2016. 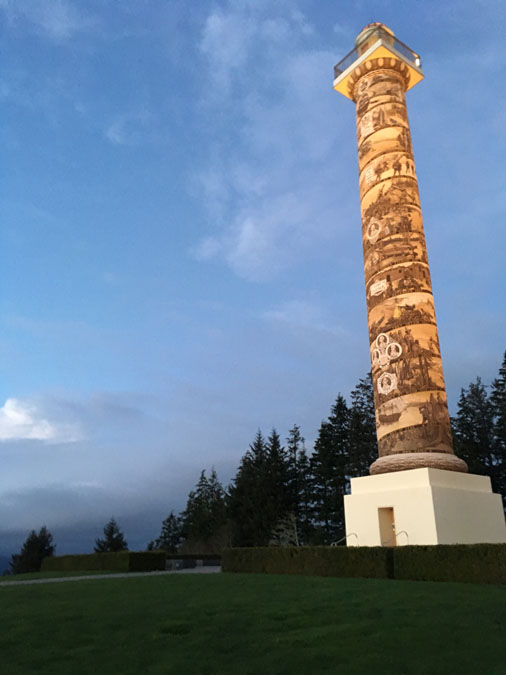 Impromptu field trip to Astoria, OR.  Here he hiked up the enormous Astoria column. At the gift shop they sold $1 wooden tiny airplanes you could throw off the top of the column. It was BY FAR our favorite field trip of our 6 month trip in 2016/2017. The sunset over the coast while we were up there and it was gorgeous watching these little airplane fly for what felt like forever. The kids jumped up and down watching them fly. 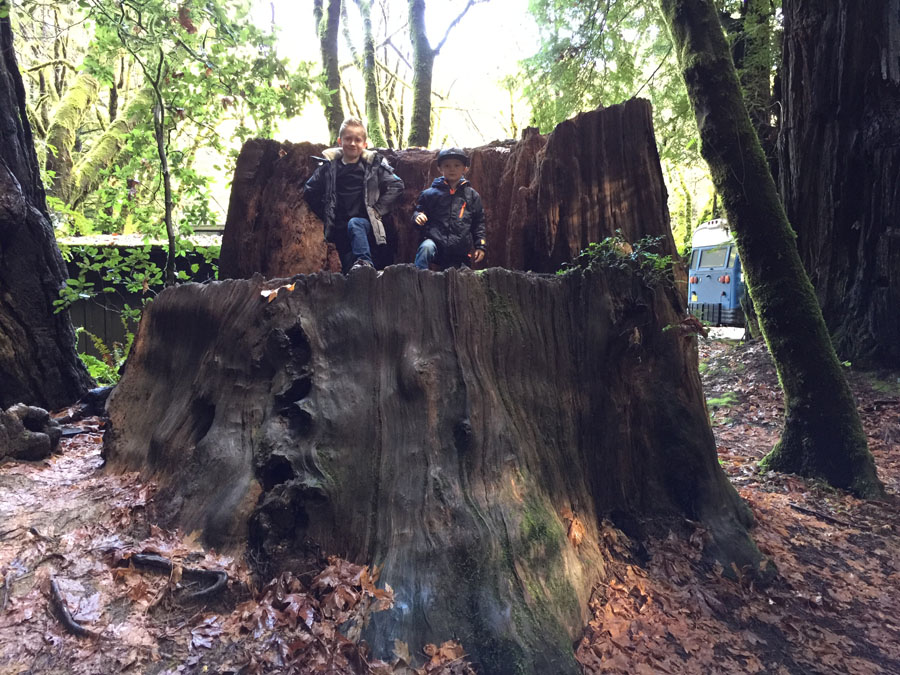 Redwood Forest was another amazing day. The drive through the gorgeous giant trees that met the coastline was beautiful. A sight I’ll never forget. We hiked for the entire day and still felt like we needed more time.   We taught the kids about wildlife and how to guess the trees age by counting its rings.

We planned to hit the road for about 6 months heading from Seattle, Washington down to San Diego, California. We did our first “road schooling” on that trip and we loved it.  I continued teaching math, english, and grammar the way I always had.  What changed the most was our history lessons. Instead of teaching a specific curriculum we mixed it up and taught about where we were that day.

We drove through Utah and learned about the indigenous people of that region. Learned about the crops that were most prevalent in that state, and why.  We would do trivia over the CB radio with our friends, learn about the Columbus River as we drove over it in the bus.  We went to the Maritime museum in Astoria Oregon and hiked up the Astoria Column to throw wooden airplanes off the top while watching the sunset over the most beautiful coastlines we had ever seen.

Traveling and teaching was amazing. We learned about the differences between sea lions and seals on the same day we saw them sunbathing along the bay at Fishermans Wharf in San Francisco, California. Cayden participated in a magic show while we were there too which helped him to learn its not so terrifying to get up in front of lots of people. We went to a vintage arcade and played games from the early-mid 1900’s. 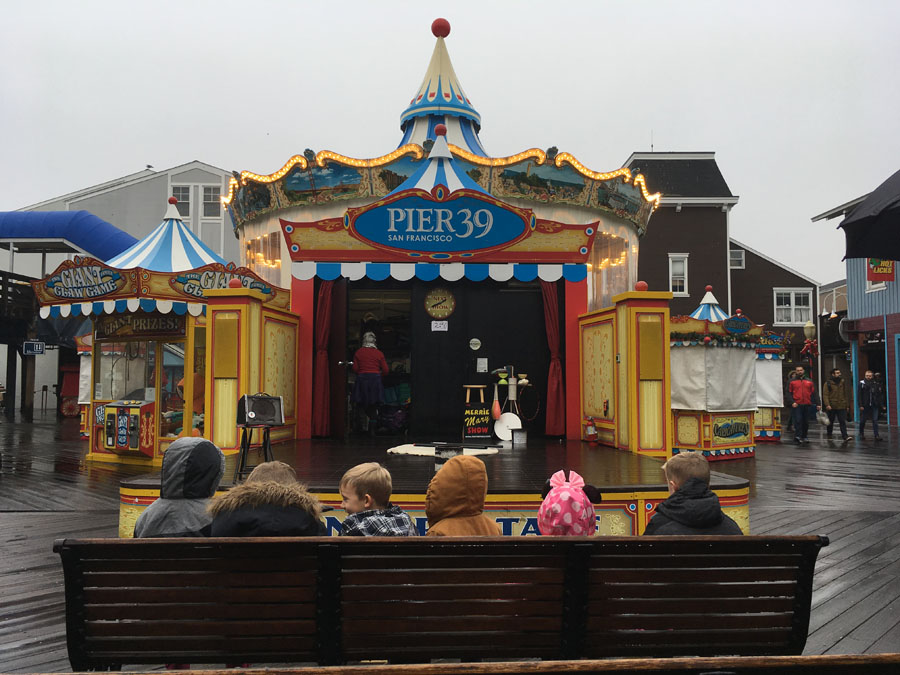 San Francisco is always a fun quick trip. We love to watch the free magic show and share a crepe at Fisherman's Wharf. The kids love the vintage arcade down the street from the Wharf and we also have biked the Golden Gate Bridge to get ice cream in Sausalito. 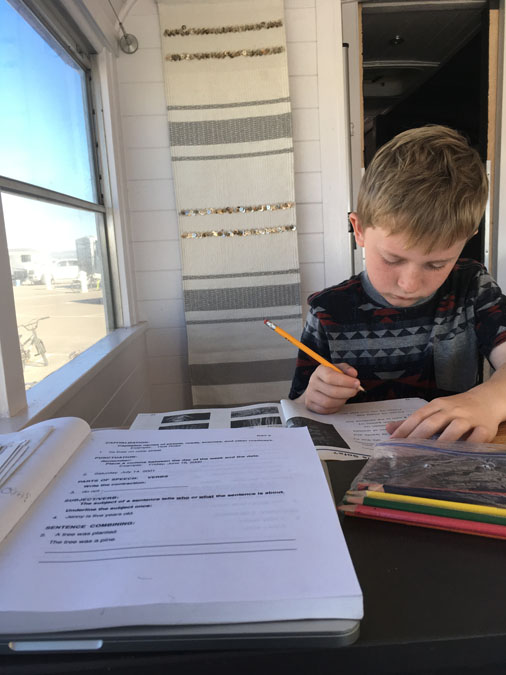 Cayden doing his school work before going out to play on the beach in Silver Strand Beach San Diego, CA 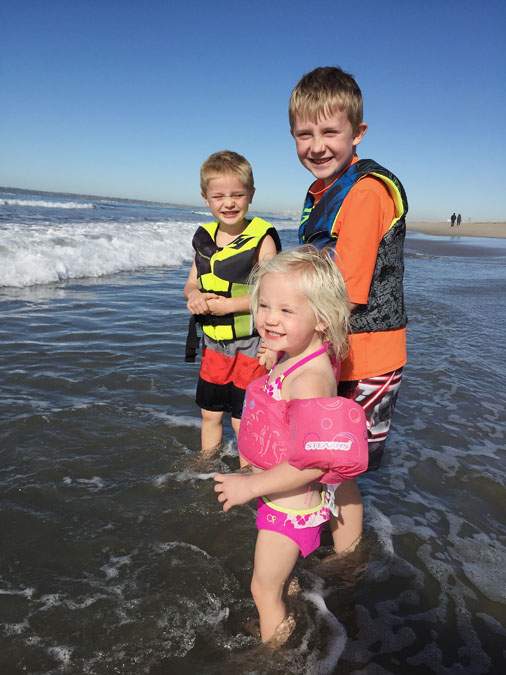 We did a quick study on trains at the Sacramento Train Museum.  The possibilities are endless when you’re able to step away from the traditional way of learning.  Homeschooling has opened so many doors for us.

Bus life naturally encourages it because why not?  If you’re able to travel why wouldn’t you!? Let your kids learn through experience instead of only reading about it in a book.

Create memories with them instead of being away from them 8 hours a day. I enjoy teaching them, I enjoy them learning alongside me.  Is it hard? Yes, but isn't everything that is worthwhile hard work? If its a priority you'll make time for it and you’ll make it work. So we MADE it work for our family and haven’t regretted it for a moment. 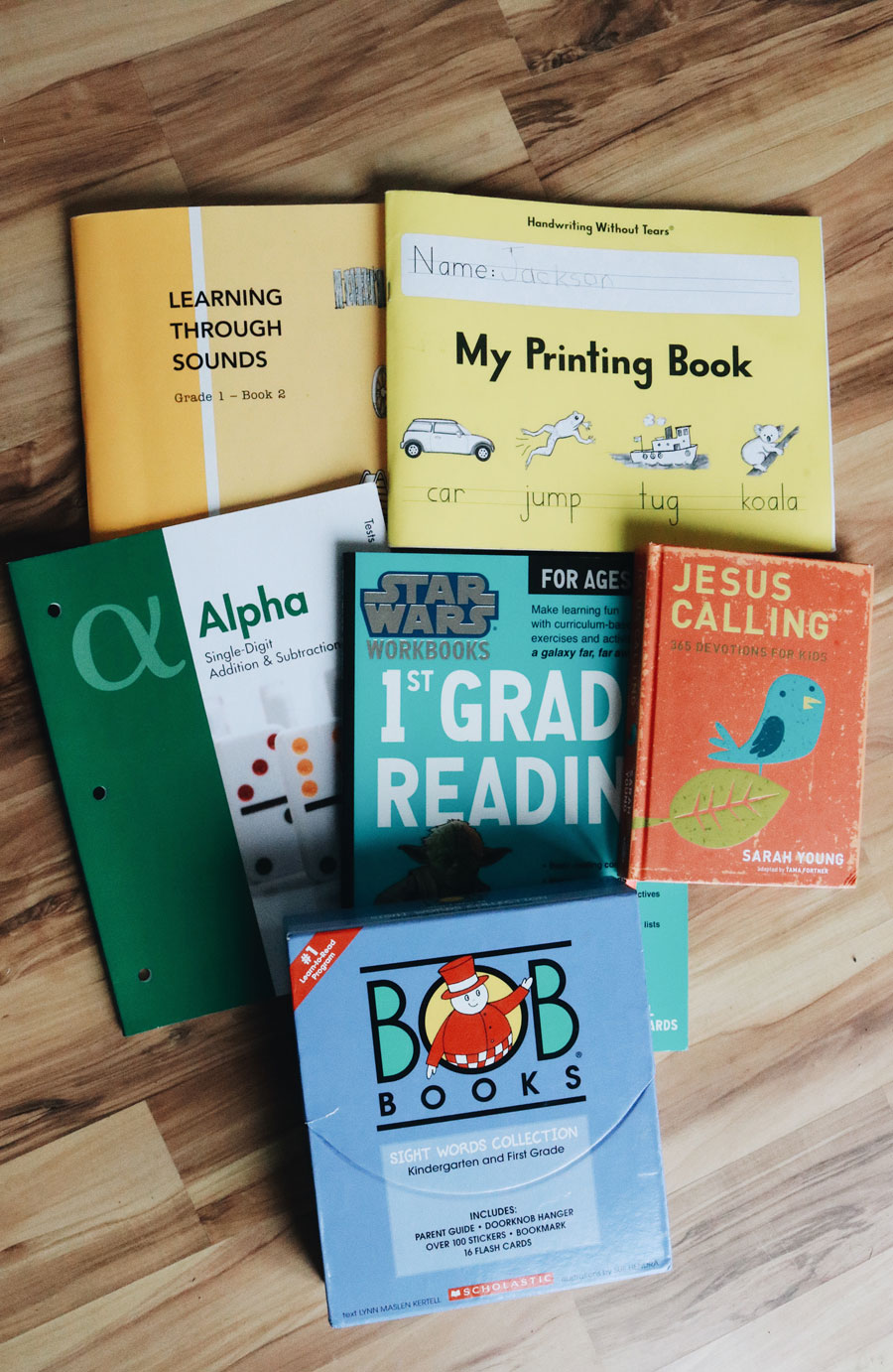 List of books used for homeschooling on the road from Ashley:

Learn more about the Trebitowski family at:

Want to see the full inside tour of their full size school bus conversion? Check it out here. 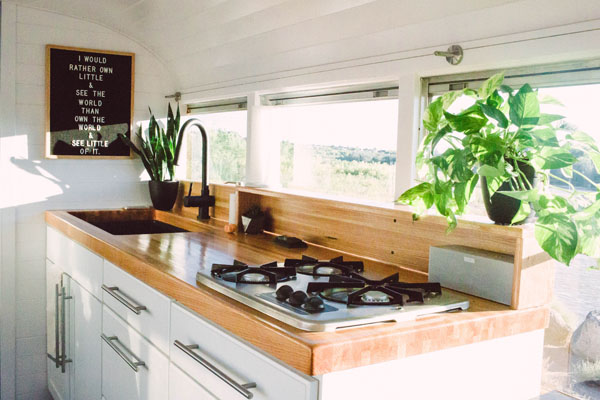 Check out other Guest Writer articles: