A collection of films to inspire your bus life adventures

because every bus has a story. 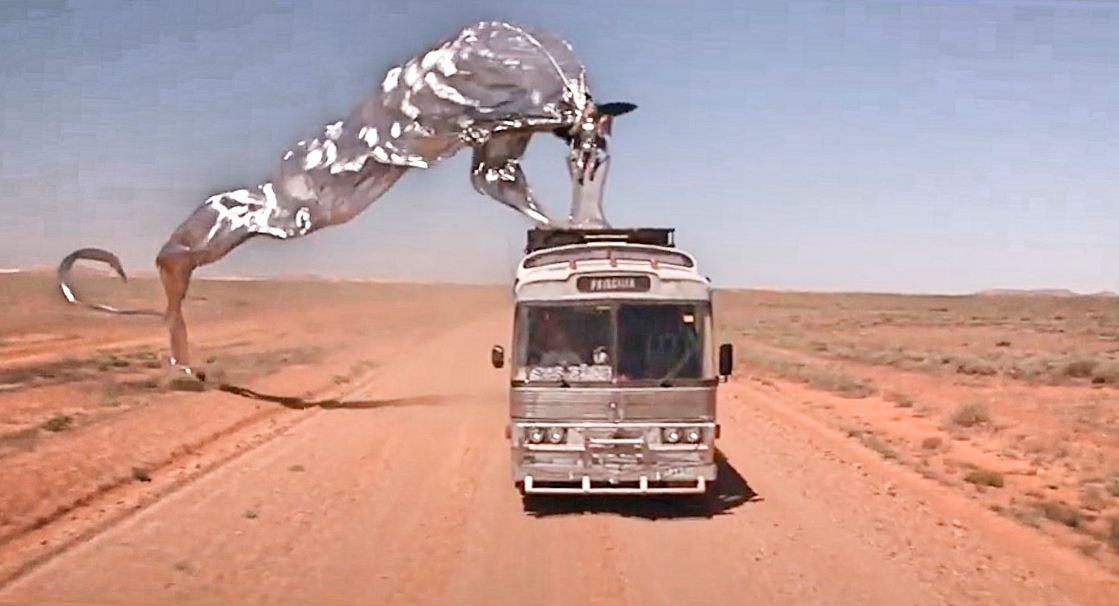 More and more retired buses are getting new life through custom conversions, but this growing scene is part of a long legacy. Bus life is more than a trend, it's a culture.

From documentaries and historical dramas to fantasies and dystopian adventures, bus culture has shaped how we navigate the world. So, if you find yourself in one place dreaming about life on the road or if you have a couple of hours to spare after a drive in your home on wheels, here are 15 bus films to binge-watch this summer.

After losing his wife, survivalist Ben Cash (Viggo Mortensen) is left to raise their six kids on his own. Set in Washington State, the family eventually leaves the forest to venture into suburbia in their 1993 Blue Bird bus conversion named Steve. The bus from the movie was on sale for just $6,000 in 2017, set props and all - a great buy if we weren’t a few years too late!

This documentary follows “One Flew Over the Cuckoo's Nest” author Ken Kesey and his Merry Band of Pranksters on a drug-fuelled trip across the country in their converted school bus. It is a classic tale of bus culture shaping the counter-culture of the 1960s. The film uses Kesey’s footage from his unfinished film and features cameos by The Grateful Dead, Allen Ginsberg, and “On the Road” author, Jack Kerouac.

Based on the book by Jon Krakauer, this true story chronicles the life of Christopher McCandless (Emile Hirsch) after he set out on the road in North America during the early 1990s. As told through letters McCandless’s journal and letters he wrote to his sister during his travels, McCandless eventually makes his way to an abandoned bus in Alaska territory. The iconic bus does not make an appearance until the end of the film, but Into the Wild embodies the spirit of life on the road that often accompanies bus life.

Where’s the bus now? The actual bus McCandless stayed in was removed from outside of Denali National Park, Alaska, in June 2020 for safekeeping after it proved to be a dangerous destination for inspired travelers.

This award-winning Canadian-American production centers on two neighbors, Victor Joseph (Adam Beach) and Thomas Builds-the-Fire (Evan Adams), from the Coeur D’Alene Indian Reservation who travel from Idaho to Arizona to retrieve the ashes of Victor’s father. The bus ride from the reservation serves as a backdrop for the pair to explore their identities as indigenous men. According to the film’s screenplay writer, Smoke Signals remains, “the only film directed, written, and co-produced by Natives to receive major national and international distribution.”

Next stop, 1973. The film is based on screenwriter and director Cameron Crowe’s real-life experience as a young journalist for Rolling Stone on the road with famous ‘70s bands. But it also sheds light on a unique brand of bus life: the band tour. Almost Famous is an insider look at life between shows on the road filled with roadies, groupies, and band drama. In one famous scene on the bus, the film’s main character William says he has to go home to which “band-aid” Penny Lane replies, “You are home.”

A League of their Own

The film starring Geena Davis and Tom Hanks covers the All-American Girls Professional Baseball League’s premiere season in 1943 and follows the Rockford Peaches on a bus tour to games throughout the region. Several scenes take place on the bus and it shows how, despite having barely enough room for themselves and their belongings, they manage to make the space their own by hanging photographs, kicking back, and even stashing booze.

Year Released: 1981 Length: 1h 36m Director: George Miller Genre: Action/Adventure Where to watch it: iTunes, MaxGo, Amazon Prime Video, Google Play, VUDU
“Greetings from the Humungus!”
Looking like a bus conversion with a partial roof raise, the steel-clad dystopian adventure rig plays a small yet memorable role as the bus used for a gate of a compound in post-apocalyptic Australia. The film, the second installment of the Mad Max movies, follows former highway patrolman Max Rockatansky (Mel Gibson) through the desert in his V8 Pursuit Special as he avenges the murder of his family by a biker gang.

Year Released: 2017 Length: 1h 35m Director: Selima Taibi Genre: Documentary Where to watch it: Netflix, YouTube, Google Play Movies & TV, Amazon Prime Video (there is an English full-length version with subtitles for free on YouTube, but you didn't hear that from us).

This film is probably the closest narrative to the way bus life is often portrayed in the media today. It features a young Millenial couple who buy and convert a school bus into a chic “loft on wheels” and travel through North America with their dog, Rudi. It stars German filmmaker Felix Starck and musician/director Selima Taibi whose music makes up the film’s soundtrack. It takes on more of a vlog-style than the other documentaries on this list and does a good job of blending the beautiful scenery with music, while also showcasing some of the hardships that can come with life on the road.

The Adventures of Priscilla, Queen of the Desert

This film takes viewers on a wild ride through the Australian outback when a transgender woman and two drag queens set out from Sydney to Alice Springs for a string of performances in a bedazzled bus conversion named Priscilla. This movie is an outrageous rhinestone in the rough with over-the-top dance numbers, lots of profanity, and some sticky situations. But at its heart, the movie is about acceptance. The ‘90s film is credited for helping to bring positive portrayals of the LGBTQ community to mainstream audiences. It also provides insight into what bus life in Australia's outback would be like.

Although this film does not feature a bus, many see it as a source of inspiration to downsize and live intentionally. It serves as an introduction to minimalism that leads some to bus life. The documentary follows Joshua Fields Millburn and Ryan Nicodemus who tell the now-familiar story of ditching the corporate world for a more meaningful life with less. They take viewers on the road to promote their book and website and introduce others who share their understanding of minimalism.

What it was like when riding a bus meant risking your life. This historical documentary covers the story of the Freedom Riders, black and white activists who protested the segregation of American transportation and bus terminals after it was found to be unconstitutional. From May to December 1961 several freedom rides took place throughout the American South resulting in white mob violence, bus bombing, and calls for assistance from Federal Marshals to protect the non-violent protestors.

You may remember a lot about this film like the running, the box of chocolates, and more running, but do you recall the steady stream of buses? It is the story of the latter part of American 20th-century history seen through the eyes of an unlikely cultural hero. The film begins at a bus stop and ends at one. Along the way, we are introduced to the Vietnam-era Army through one bus and left behind at an anti-war rally by another. If you look closely, Forrest Gump is a great example of how buses are both literal and figurative vehicles taking us through life itself.

We couldn’t resist putting this ‘90s movie starring Keanu Reeves and Sandra Bullock on the list. Anyone living bus life would marvel at the fact that the bus stays above 50 mph so so long. For many of us, our bus conversions would take half of the movie just to get up to that speed.

Life in the Bus Lane

The tale of Bus Life Adventure and The Bus Fair founder, Brock Butterfield, and how he overcame a near-fatal bout with ulcerative colitis to become a professional snowboarder, later converting and traveling the continent in a short bus turned tiny home on wheels. The film shows the reality of what it takes to build and maintain a school bus conversion.

Based on the six-part children’s book series by Paul van Loon, this Dutch production captures the imagination similar to the Harry Potter series or Chronicles of Narnia, released at the same time, but it features De Greizelbus or "the horror bus." It is geared toward a younger audience but fun to see how bus life can take on a creepy and downright sinister tone.

Thanks for reading and watching, what did you think of our list? Let us know if we need to add something. See you on the HWY!