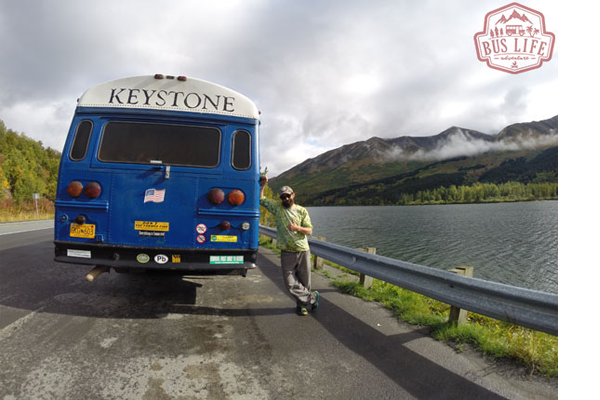 One spring while I was in Alaska filming for "Life In The Bus Lane" with Bruce The Brute Bus and the rest of the snowboard gang, I met Jason Wier at Tailgate Alaska in the parking lot. We had just rolled in a day before and with my bus fully loaded with snowmobiles and all sorts of gear it was hard not to draw attention. Jason introduced himself and wanted a short tour of the short bus. After speaking with him a bit more I learned that Jason had a full size bus of his own that he converted to a tiny home and ran completely on WVO or waste vegetable oil.

Jason swooped the bus from Keystone Ski Resort in Colorado where it was used as a shuttle bus. Every item in the bus is reclaimed or up cycled including the wiring which he salvaged from a home demo. The bus now roams the wild terrain of Alaska where Jason lives simple and without much. Here's a quick tour of Jason's bus converted into a tiny home.

-Cost in materials for the conversion $1,200 for the WVO (wasted vegetable oil) and hardly anything for the inside conversion

Tell us a bit about how the idea to build this bus came about:  I first came unto the idea of a bus while traveling on Dead tour. What an opener. As in, eye opener towards the possibilities of traveling around with less for more. Twenty years later I stumbled upon some folks online that were converting busses to travel in and some were running waste grease….I couldn’t believe it! I immediately became engrossed in research about diesels and vegetable oil. 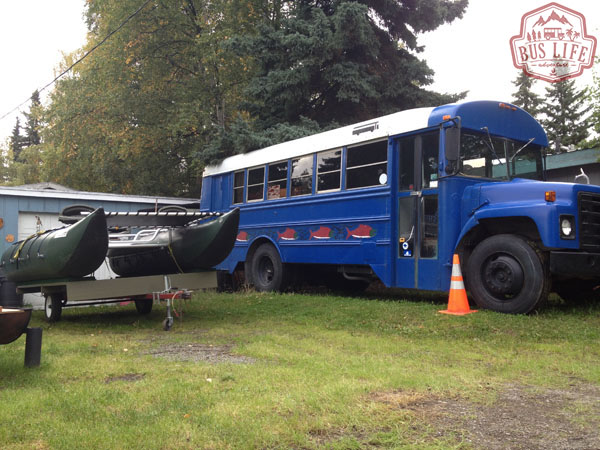 Who converted the bus for you and how long did it take? I bought my bus for 2000 bucks and put another 1200 into the components needed to run on WVO(Waste veg oil).  Every last item used in the interior build was reclaimed or recycled from the cedar logs milled and planed into floorboards to the screws used to fasten things…even the wiring was from a house demo. My skills as a wood worker definitely helped with the interior. I was going for a dry cabin sort of feel. Very minimal and cozy with lots of wood. The build took place through the winter of 07’. We left Colorado to journey the Oregon coast July 1st.….I had only gotten the bus fired up for the 1st time 2days prior. It was really more of a hope that we could make it to steamboat 3hrs away..…A month later and 4000 miles wiser we pulled back into our hometown of Leadville, CO. It's been on like donkey kong from then on. 50,000miles, 1000’s of gallons of waste veg, and a couple of dogs later, Big Blue runs better than ever and regularly makes trek all over Alaska feeling rather free. Full window tint ensures the privacy. 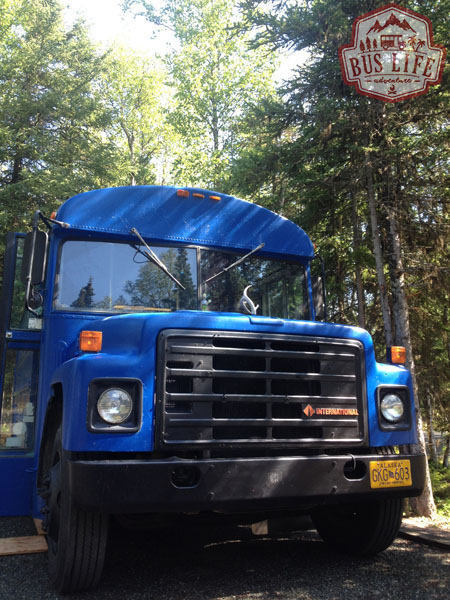 What is your heat source? The heat has never been an issue as I would mostly only use it in the summer. But, alas, there is a small cast cylinder stove that is going in before AK winter 2016.

Walk us through your kitchen setup and what items you're using. The kitchen consists of an old enamel tilted drain sink direct plumbed from hose fitting on the outside of the bus for regular water pressure. Drains to bucket under bus. Usually, we just use a water cooler and gravity feed for water though. The cooking is on a collapsible 3burner coleman stove which hooks to propane feed. 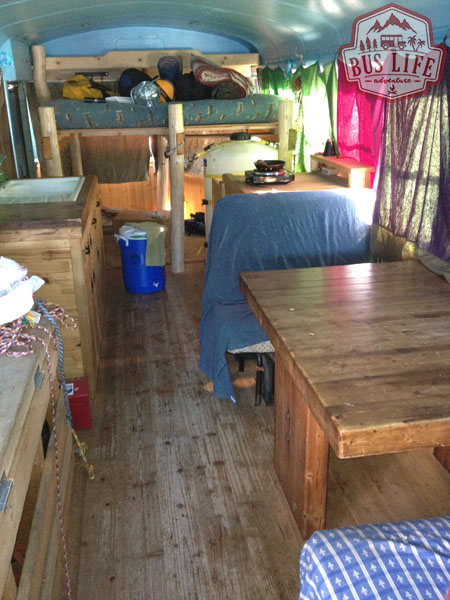 Jason's fine wood working skills allowed him to use reclaimed wood through the whole bus.

What is your power source for your school bus conversion? The whole bus is wired for 110 with outlets throughout or a 750watt inverter fed from a deep cell marine battery gives us about a week of power for our needs. 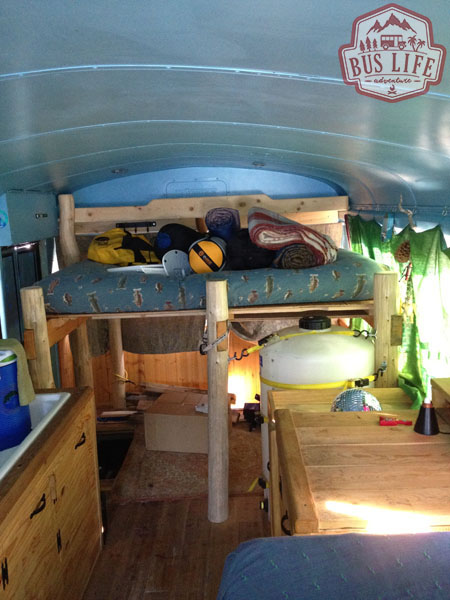 Here you can see the giant tank used to store WVO.