Our fear of doing nothing outweighed the fear of the unknown. 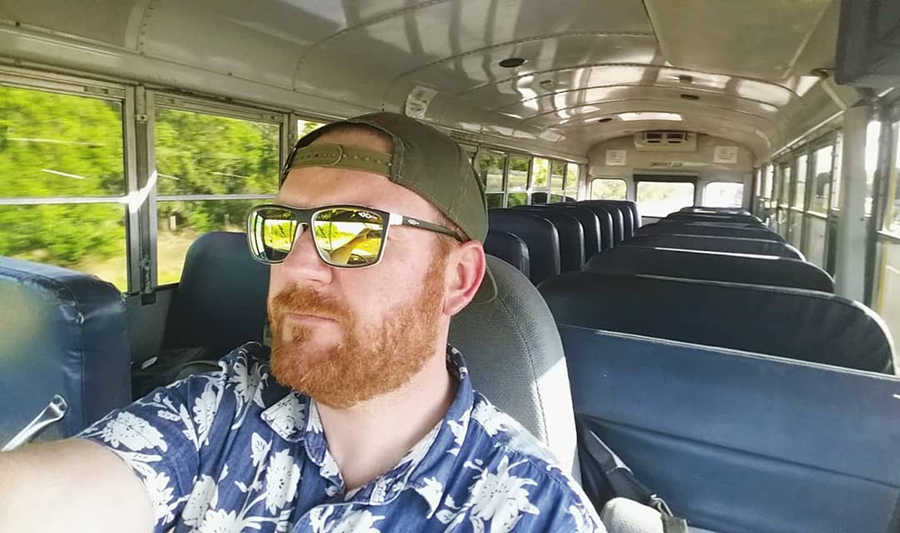 The night before we moved into our bus I sat on the floor of the bedroom where we slept for the past two years. It was empty besides stacks of boxes from the incoming renter and blue fabric that would become our bus curtains.

We threw ourselves so hard into converting our new home, a 1996 34-foot Thomas International school bus, that we neglected to make a plan. It was far from ready, but our lease was up. In the other room, I overheard Richard, my partner and co-pilot in this decision, talking to our landlord. He said our local Walmart looked like the best option for our first night. This was not riding off into the sunset as I imagined. It felt more like jumping off a cliff.

Building a bus into a home is a psychological experience. Fear of the unknown keeps many people from jumping in, and we’ve dealt with our share.

This article looks at the fears we’ve faced, the fears placed on us, and how we re-imagined them to truly embrace life on the road. 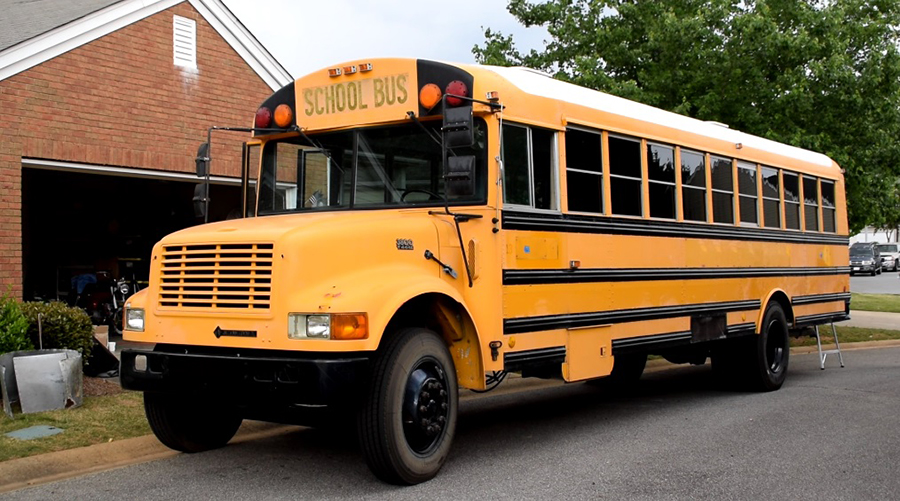 That heading pretty much sums up how we got here. Before we started looking at full-time travel options, a feeling began to settle into our lives. At first it was subtle but then it grew. It started to feel too easy to let our lives pass us by without actually living them. We spent years getting educated and working less-than-ideal jobs. We became comfortable with the daily grind.

I questioned how I would feel later if I let this daydream go. Whatever the risk, would it outweigh not trying something completely new?
We know we won’t live this lifestyle forever and the only thing that’s promised is the present. Basically, our fear of doing nothing outweighed the fear of the unknown. 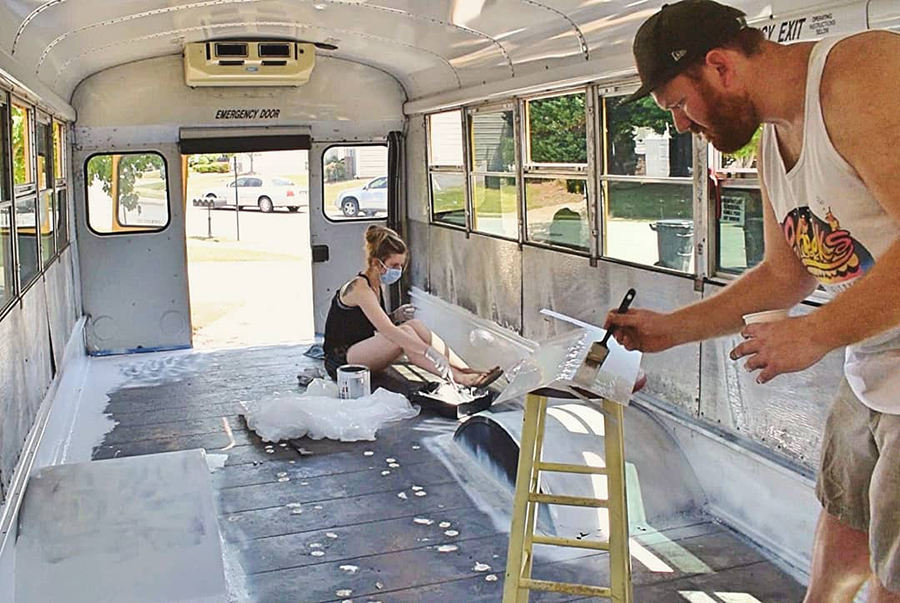 Fears from Family and Friends

Some people spend months or even years researching the ideal bus. Us? It went something like this: we learned about self-converting skoolies on a Monday, found one in our price-range by Friday, and rolled ours off the lot by the next Tuesday afternoon. It might seem like we were fearless, but the truth is virtually no one knew until we owned it.

We were afraid someone would talk us out of it. 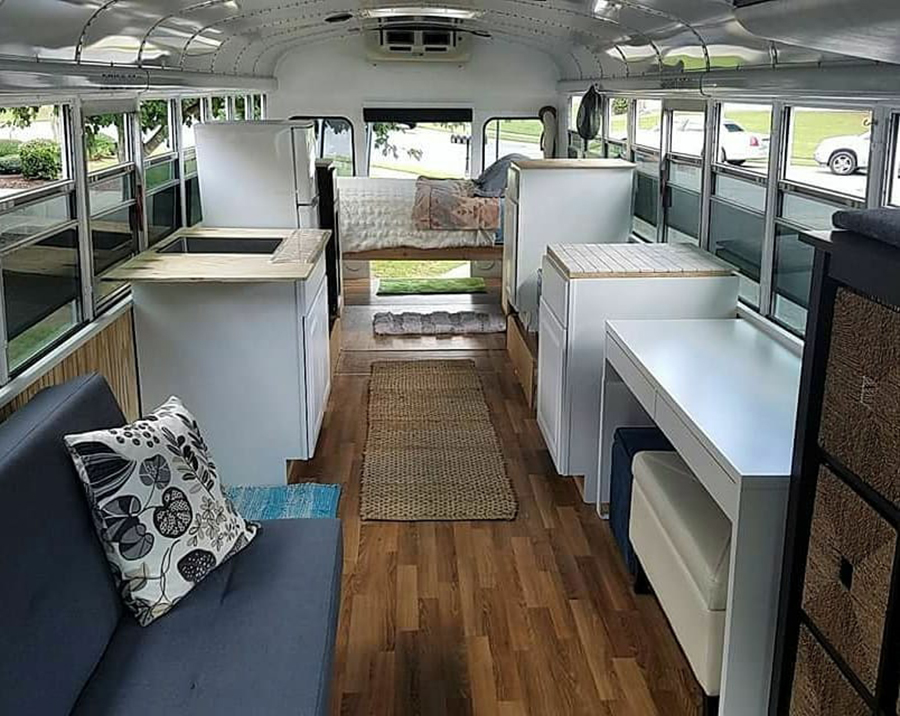 Richard’s sister was the first to know. She heard the beep of the bus backing up, ran out of her house, and yelled over the groaning engine, “Why is there a school bus in my driveway?!” We popped our faces out of the window and smiled. “We bought it!”

In our experience, the more people cared about us, the more fearful they were. This is not necessarily bad, but we realized they wanted to keep us safe within their own worldview, not ours. So really, these feelings had nothing to do with us. Once they saw that we were committed and working toward our dreams, they came around and it inspired them to think out of the box too.

Fake it while you Make it 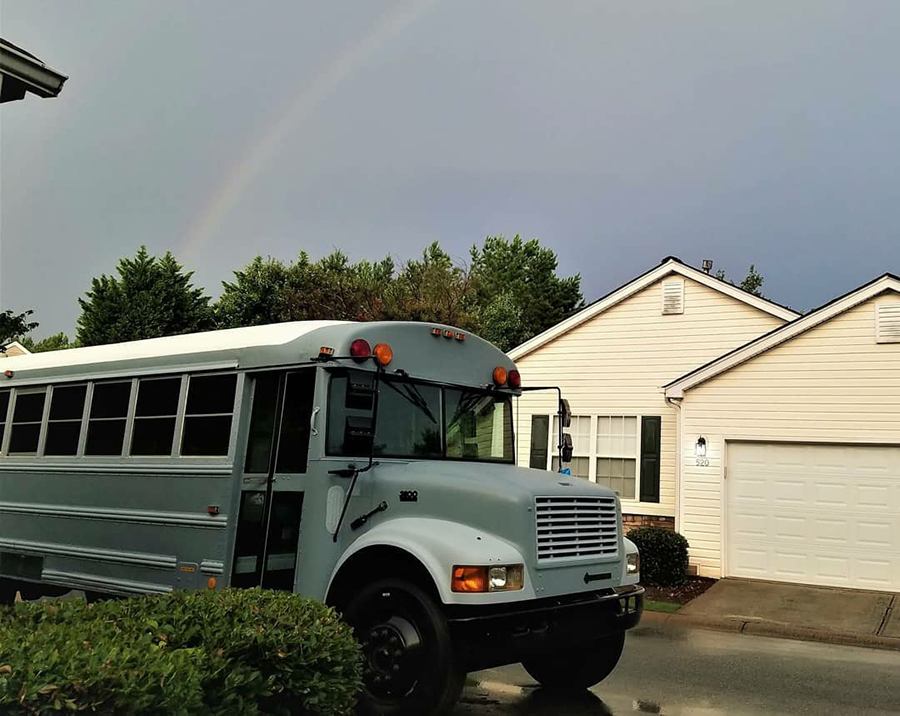 We lived in a subdivision with a homeowners association, so by definition, we shouldn’t have even attempted the bus build. But we rolled on anyway. We parked in front of our house and worked on the bus daily, storing it at night.

We pried up the floor, scraped and patched rusty holes, and scoured YouTube for advice. We weren’t always sure of the next step. But as the deadline loomed closer, we found satisfaction knowing why we were tired and what we were working for.

We became the entertainment of the neighborhood. We met some neighbors for the first time, shared our progress, and let them know our plans so they wouldn’t have to guess or label us. Before we left, we made fliers thanking them for their patience and invited them to our bus reveal, a few pieces of furniture placed inside our barely insulated and floored bus shell. This experience helped us hone our story, and we’ve been doing it ever since.

The leading question we get (besides where we shower and go to the bathroom) is how can we possibly afford this lifestyle? While I understand the practicality behind this concern, it is based on fear. We met a cashier at Wynn Dixie in rural Florida. He was young and enthusiastic, said we were living his dream. The only way he would do is if he knew it would come with financial stability.

As we left, I said, “If we thought like that, we would have never done it.” 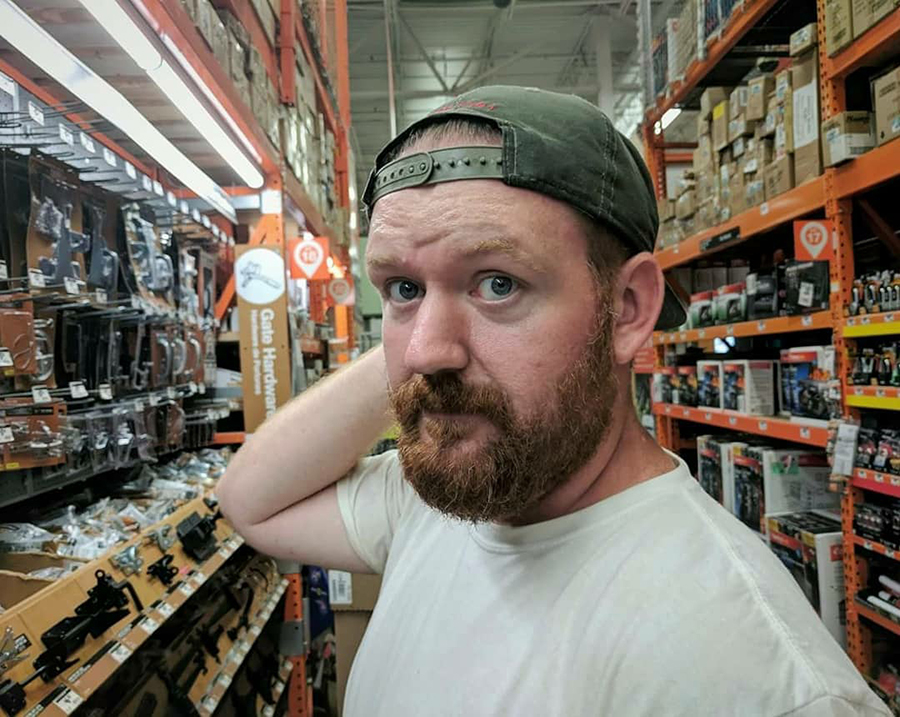 How many people spend their lives doing things they don’t like because of the promise of stability or freedom someday? It might not actualize no matter how safe we play. Getting on the road before we had it all figured out forced us to think on our feet. We started with a little bit of savings and quickly had to think about what we would do to keep going. Seasonal jobs, consolidating bills, remote work, selling things online, putting some things on credit have helped us through. We are far from rich, but our lives are full.

One of the biggest fears people have thinking about life on the road is breaking down. It probably will happen. It happened to us – twice! When trouble happened on the road, instead of feeling alone, we reached out to the community. Nobody knows bus life like other skoolies, so we picked up the phone and called friends, looked up solutions on blog sites, and sometimes we would still have to go to a shop.

We built friendships along the way, and we were sometimes able to help when our friends needed it. In addition to getting help when we broke down, we also connected our water and solar on the road with the help of new friends, so we literally would not be off-grid without them. 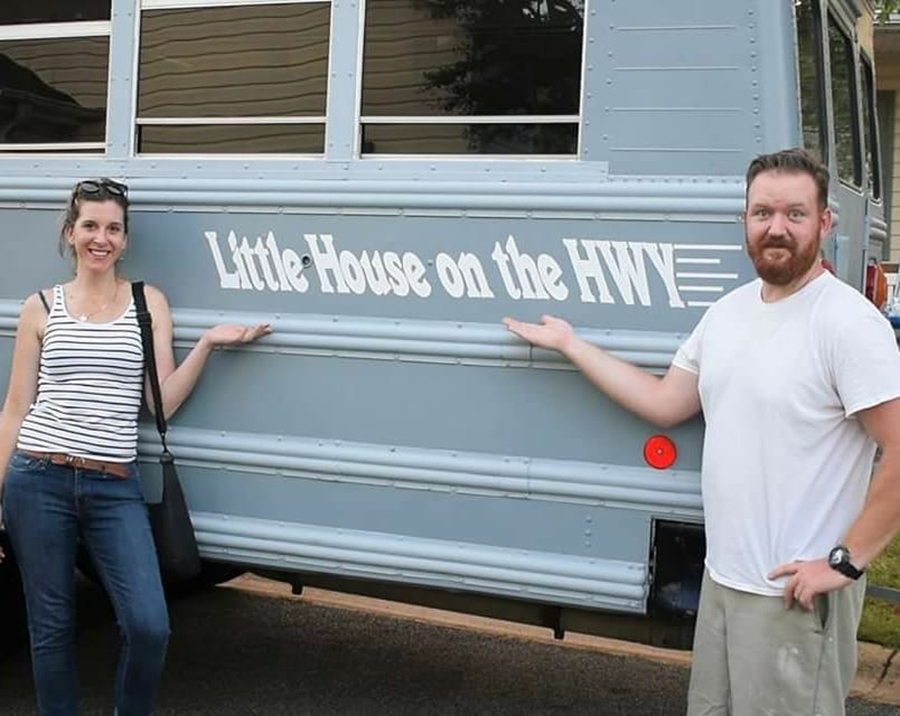 We didn’t just build a bus; we rearranged our lives. The benefit of fear was having the realization that we could use what we were feeling to take action. Every time something came up, we knew we had a choice to change our thinking and look for the good. Now we have been on the road for over a year-and-a-half, and do I have some stories to tell!

There's no one way to build a skoolie. Now that we're traveling full-time, sometimes we forget how much work it took to get here. Each part of this project has challenged us to improvise and tap into the knowledge of others, realizing that the only way "out" is "through". Sometimes we had to work separately to achieve a common goal, but we always came away with new skills and a greater appreciation for the process.

For us, the challenge became the reward. Every day is now a once-in-a-lifetime experience – even if it always has been – and unpacking our fears gave us the courage to notice. 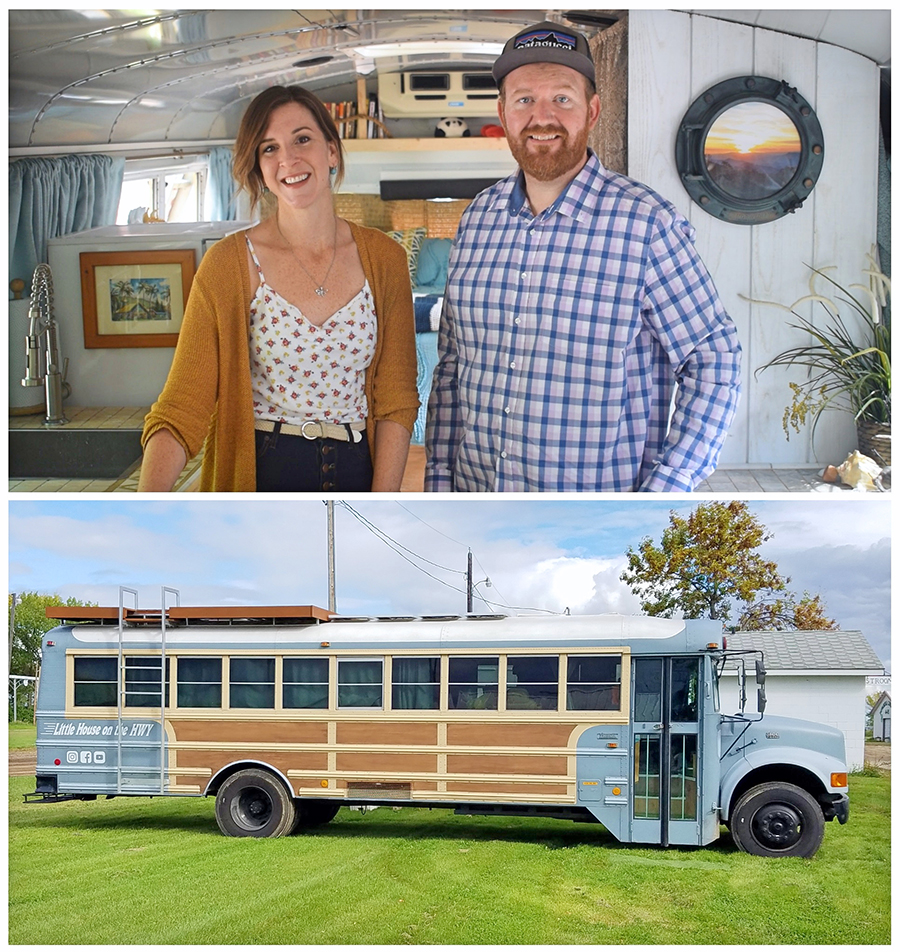 See you on the HWY!