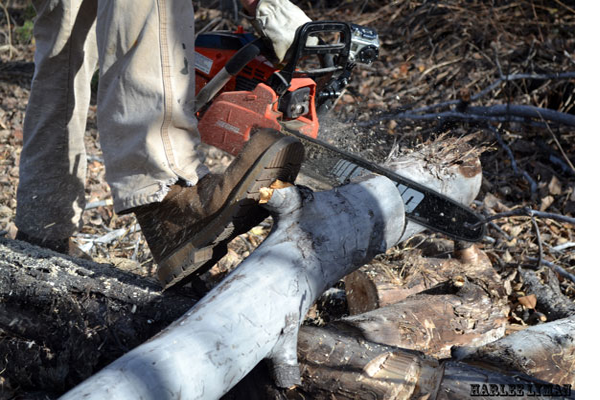 The Forest For The Trees

The ultimate idea behind this Bus Life adventure is to live simply and deliberately… with purpose and without the unnecessary. Following Thoreau to Walden Pond is great on paper but it seems a little too short sighted and antisocial for someone as fun as Brock. The Bus Life he is creating is every bit as magical as Thoreau’s shack on the shore but has the added feature of being mobile and having a bottle opener for a drawer handle.

It seems that Brock is a guy with some hard bark. I have known him for a few years and I am not sure that I have come across someone who is as self-motivated as he is. While this is an admirable characteristic in my friend, it doesn’t do me any favors. Brock is self-employed and therefore has the awesome opportunity to set his own hours. In his mind that means getting up, on his own when the sun comes up. I, on the hand, work nights and if I am up before noon something is going on.

It was only 11 AM and Brock and his brother Tony had already been very busy welding, painting, and mounting roof racks. After a beautifully made turkey sandwich we got down to the real task of the day, creating firewood.

After some discussion about the placement of cameras and a couple of words about safety we started up the chainsaws and felled a dead aspen. Brock bucked logs down to a manageable 20 inches while Tony split the rounds with an axe. The Butterfield Boys made quick work of the logs and their pile was impressive.

After only a few close calls and a couple of hours it was time for me to quit and head back to Salt Lake. Brock thanked me for my help then picked up his axe and headed back down the hill. There was still sunlight and there was still stuff to get done. I would like to think that Brock enjoys the simplicity of working hard and seeing his labor blossom into his vision. More than that I think that he worked as hard as he did because he just doesn’t want to freeze this winter. That is pretty simple. 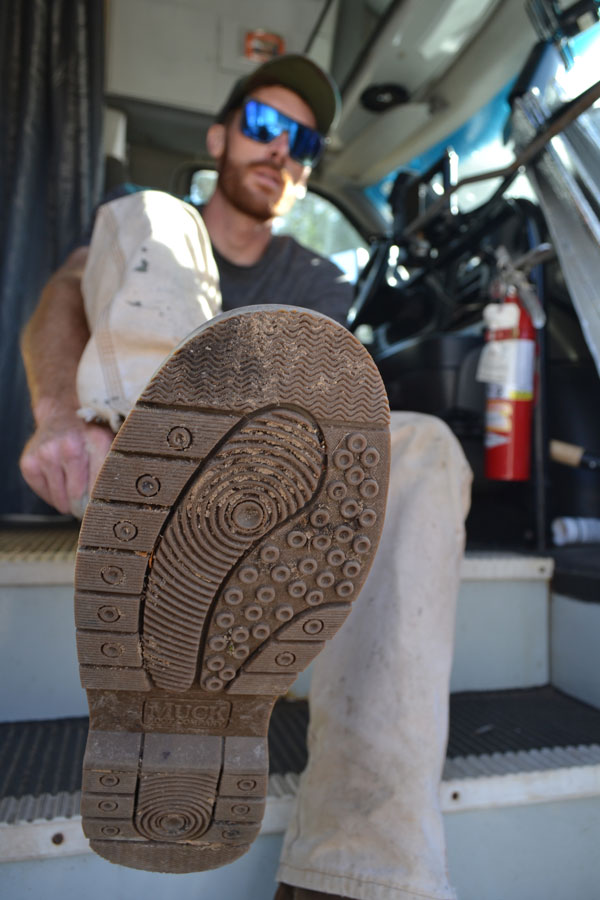 Put your Muck Boots on. It's time to go to work. 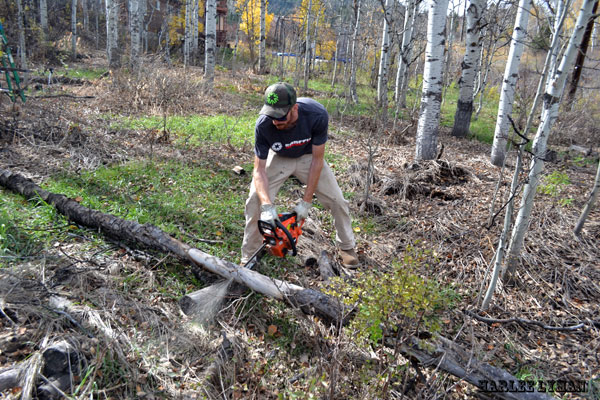 Brock sawing logs without sleeping on the job. 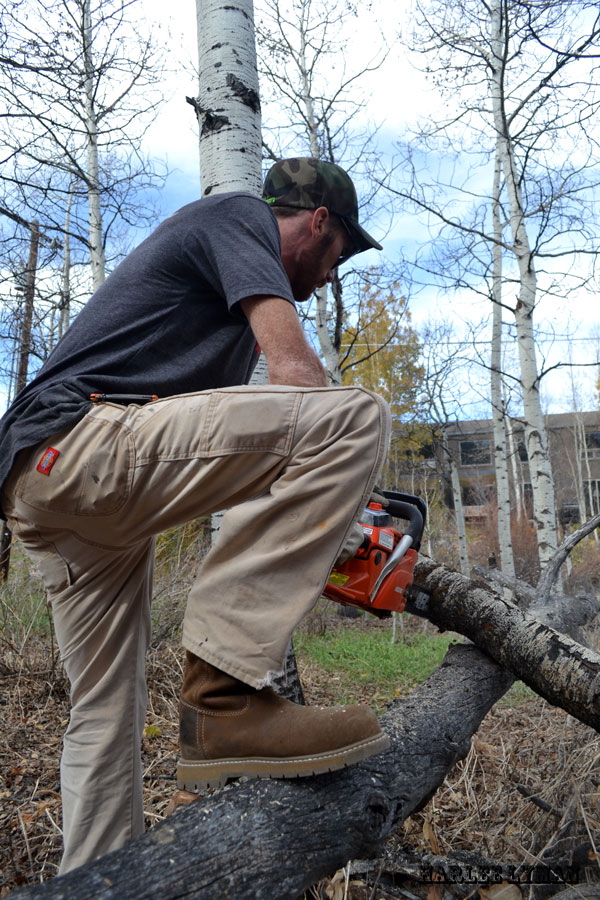 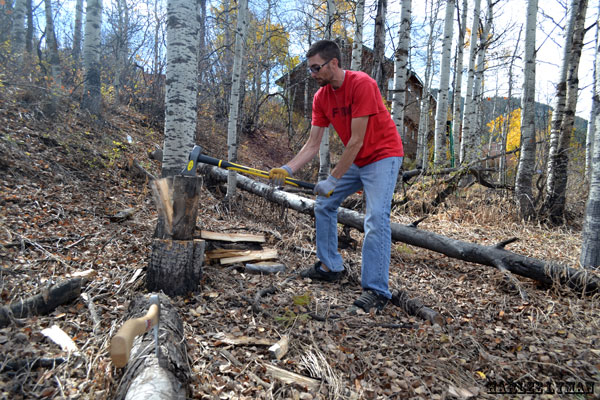 Tony Butterfield wanted to split when he came over to help and told him we'd be chopping wood. 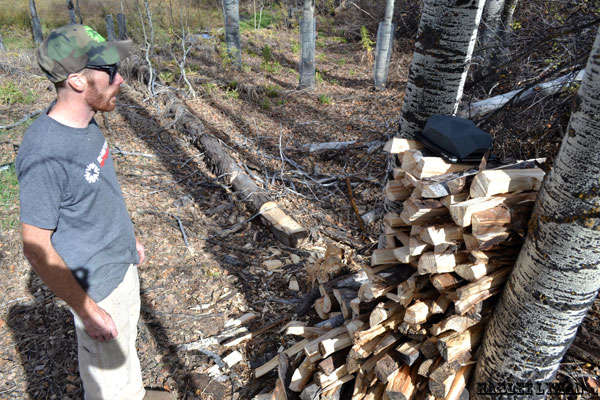 Nothing like a little heavy metal bumping in the Big Turtle Shell while stacking wood.