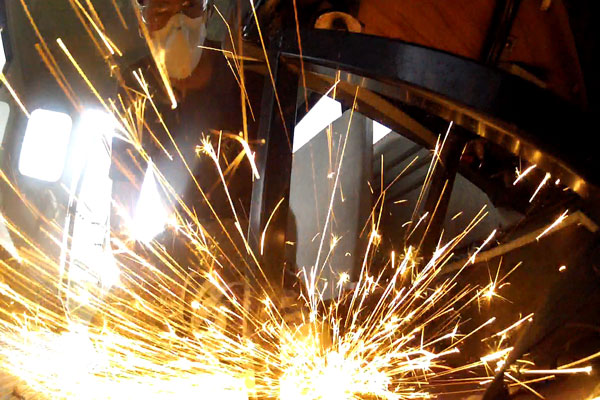 Time to remove the pink eye infested seats from the bus.

If there's one thing you'll learn about me it's I think I'm a lot funnier than I am. But hell, you can't take life too seriously right? Seats were the first thing that I needed to remove to get some elbow room to work in the bus. Little did I know how much of a pain they would be to remove. I started out with a battery powered angle grinder and soon learned that one battery would make it through maybe one bolt. Why not use a couple of wrenches you may ask? The bolts and nuts have been in the salt and elements for 13 years in New York so they weren't moving even after a heavy layer of PB Blaster. I switched to a corded grinder and things went a lot smoother minus blowing through a metal disc every 2 1/2 bolts.

I removed all the seats and took them apart to save the steel for undercarriage storage compartments, wood for the interior build and foam for added insulation in the bus. Of course I found a couple of hidden gems in the seat of which I set aside. The best was a note from a kid's mom and some funny money. 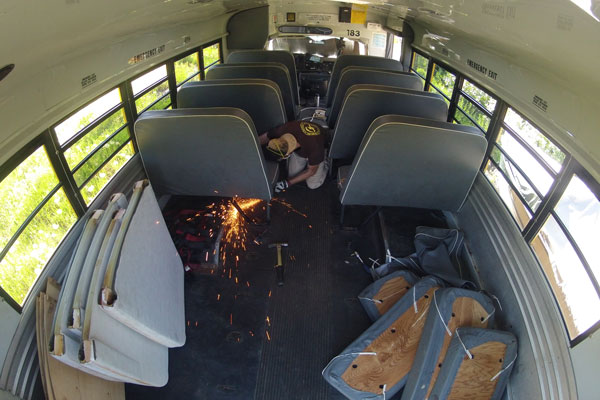 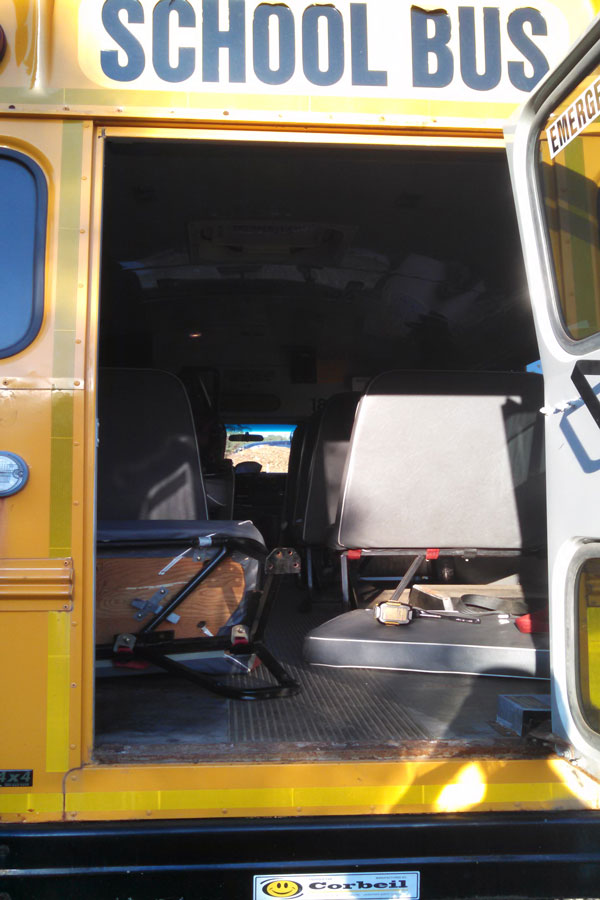 Disassembly of the seats. 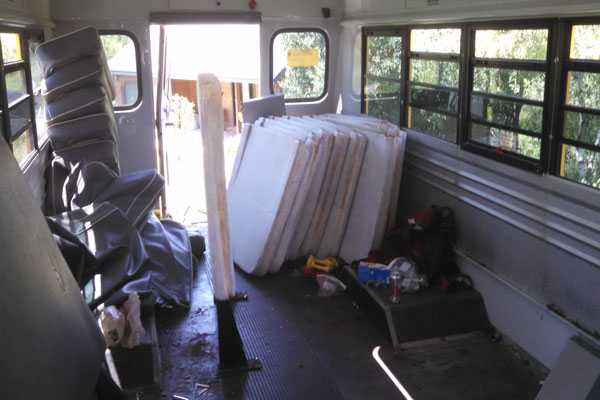 My next big issue was the large amounts of rust under the bus and on the chassis that I needed to grind off and take care of. A heavy coat of Rust-oleum would do the trick if I could get it down to bare metal. 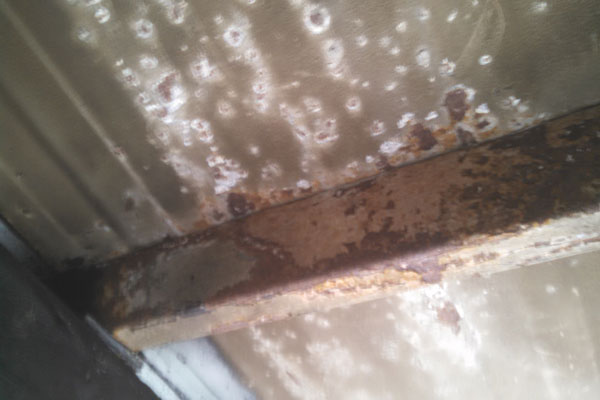 If the kids had left band equipment on the bus we would have had rusty trombones... 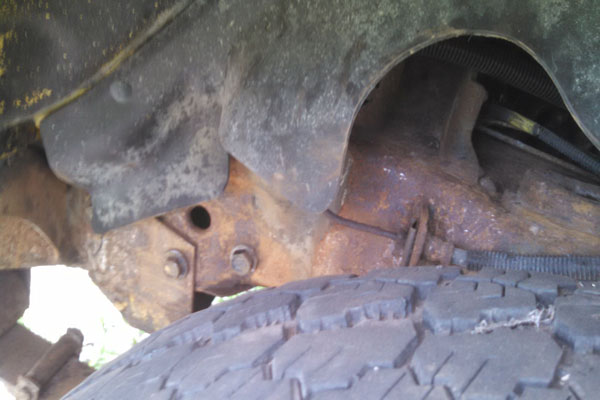